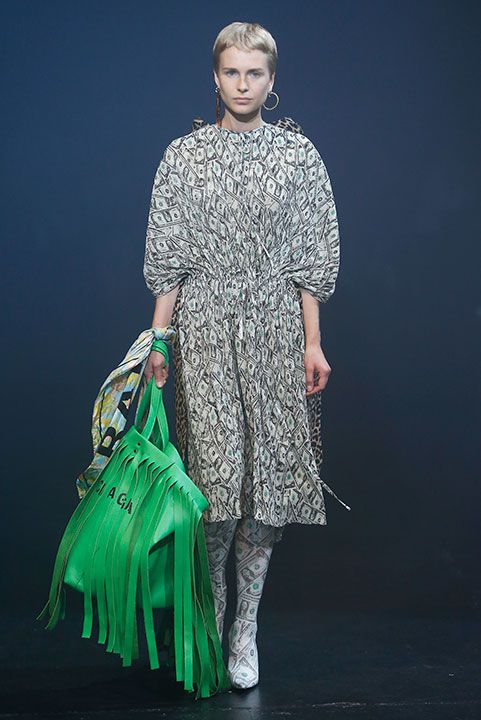 A look from Balenciaga’s Spring collection.

Fashion is at its best when clothes speak for themselves. For Spring 2018, there was much to say—all the news that was fit to print, to be exact. Demna Gvasalia, the rule-breaking designer with his finger on the pulse of precisely how cool kids will want to dress, imbued his Balenciaga collection with a touch of reality and a sense of impending danger—invoking, appropriately, the front page news. Newspapers were transferred onto twinsets and multi-sleeve button downs layered with prints of the Euro and the U.S. dollar. 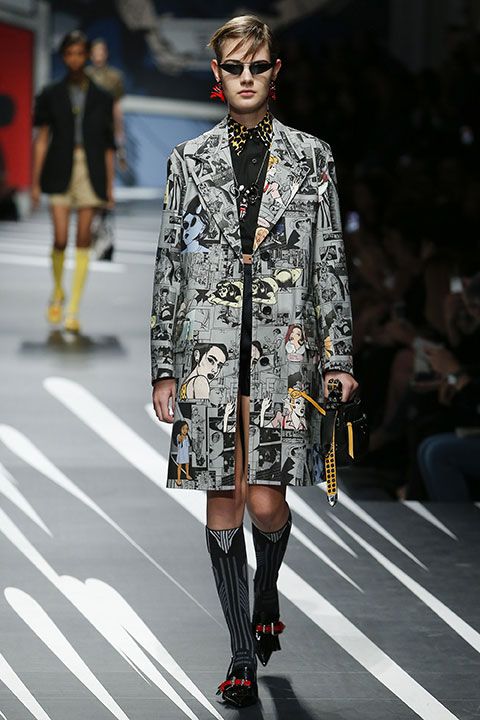 A look from Prada’s Spring collection.

Shane Oliver’s collection for Helmut Lang featured one malleable tote rolled up to reveal a faux headline of the design house’s own name. Miuccia Prada has designed, as always, for a woke generation of women who are not just aware, but active in making positive change. Here there are female manga and comic book characters (drawn by women) emblazoned on militant overcoats and sweetheart topped nipped-waist dresses. 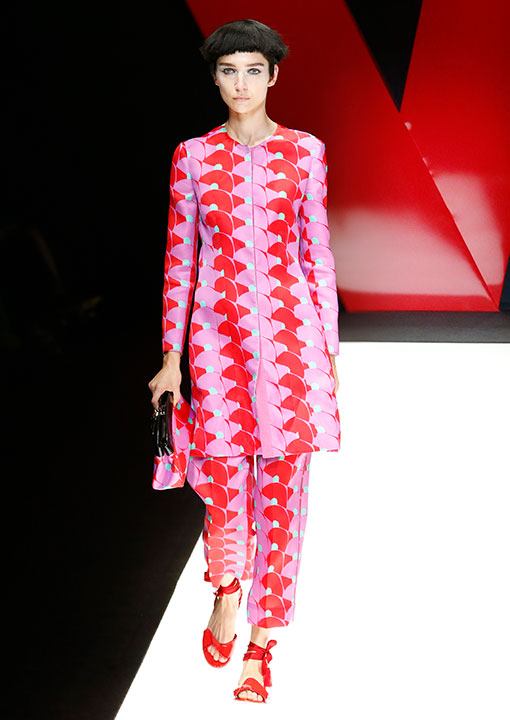 The very idea of women having the freedom to tell their own stories and have them read, heard and believed was what drew her to the prints in the first place—a sentiment echoed just weeks after by the ground-shifting #metoo movement.

Armani’s remarkable number of dresses were delivered in optimistic abstracted patterns reminiscent of blue chip artists—think Pollock, Miró and Klimt. Though not cited directly, the latter was called to mind in an all-over print of red and violet circles—a favorite motif of the Austrian painter who overlaid his fashionable subjects—champions of women’s suffrage—with repeating circles meant to symbolize their fertility and freedom. 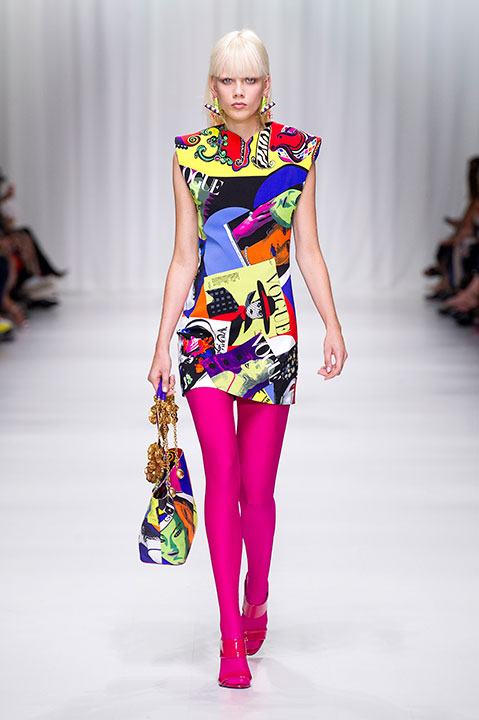 A look from Versace’s Spring collection.

Versace had a self-reflective moment, acknowledging the 20th anniversary of Gianni Versace’s untimely death with a look back at his greatest hits—dresses splayed with neon covers of Vogue magazine, high-waisted jeans smattered with Baroque gold wreaths and silk-pleated skirts enveloped in Tresor de la Mer’s coral starfish among them. 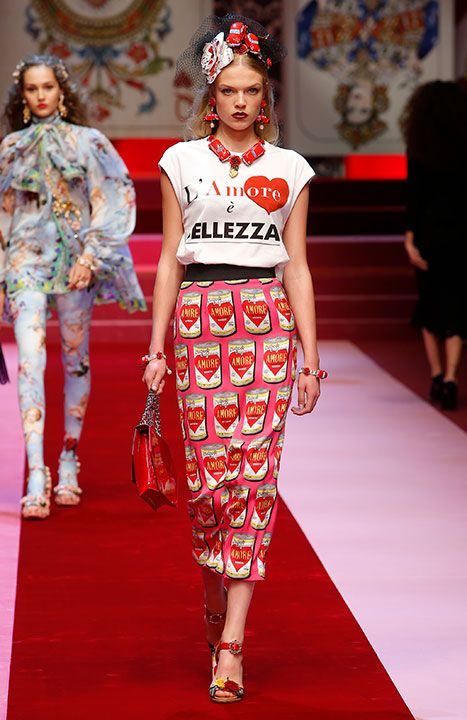 And for whispers of the heart, Dolce & Gabbana’s romantic show was replete with Queen of Hearts separates, exquisitely beaded flower-bombed maillots and a Warholian print of cans—the Campbell’s insignia swapped out for “amore”—on a pencil skirt. From Chloé’s cotton dresses painted with auspicious eyes to Off-White’s saffiano leather pochette replicas of Time and Life—no matter what statement you wear this season, fashion stands united in making one. 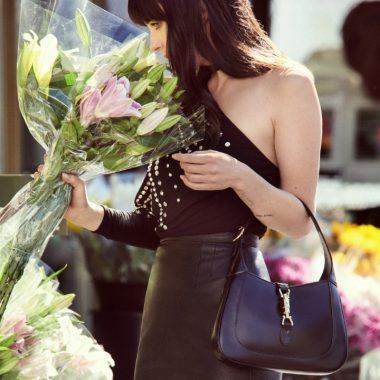 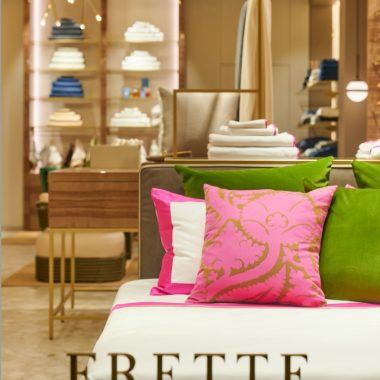 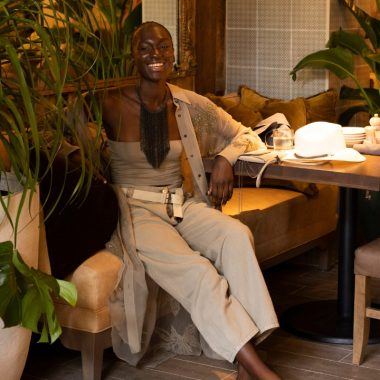