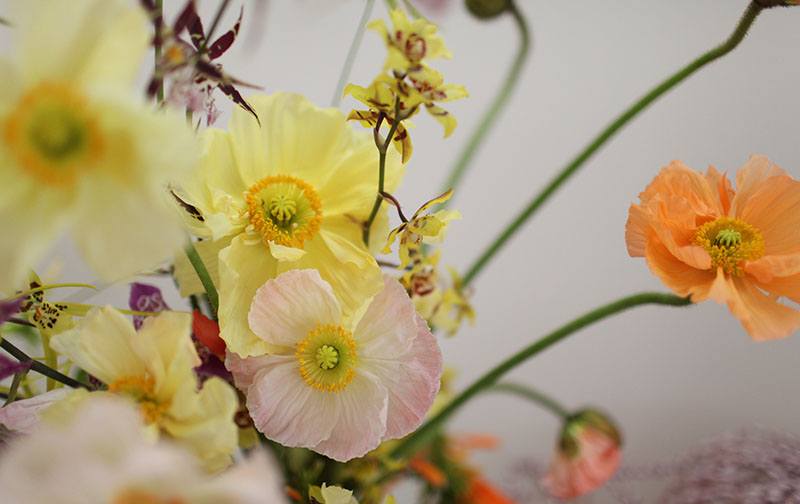 In an increasingly virtual reality, some of the most extraordinary experiences still belong to the multi-sensory phenomena of that natural world. Shivani Vora speaks with three floral designers who are pushing forward the intersection of botany and art. 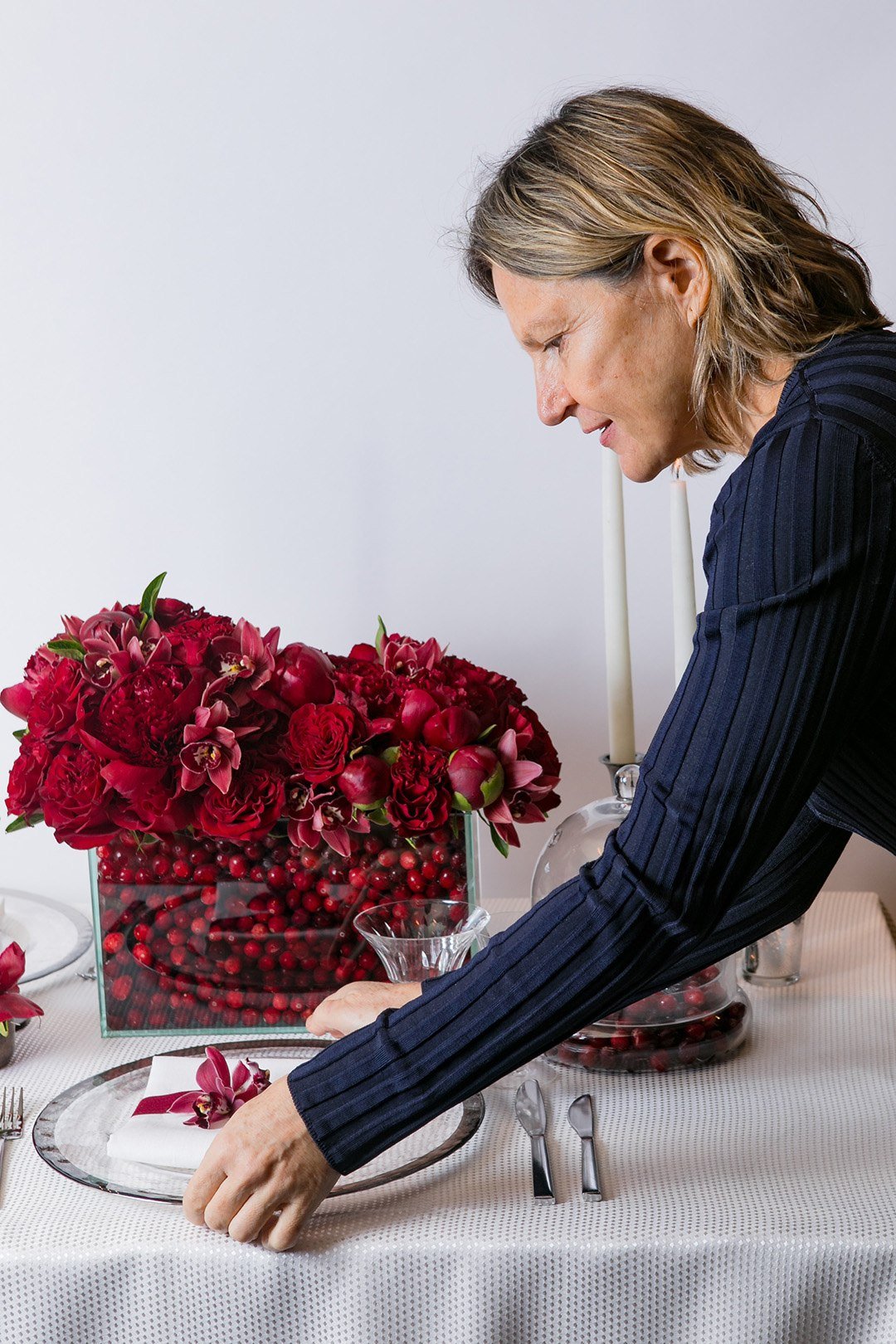 Given her childhood love for flowers, it’s not exactly a surprise that Sandra de Ovando, 52, can lay claim to being one of the most revered floral designers in the country today. The founder of the New York City-based brand Ovando says that her connection to flowers goes back to when she spent extensive time gardening with her mother while growing up in a hacienda in Mexico City. “We would go to the flower market every Saturday morning and buy locally grown marigolds, geraniums, oversized white lilies and roses,” she recalls. “They came in gorgeous colors and had the most beautiful fragrances. It was an instant attraction that never went away.” As an adult, instead of picking a career in floral design, de Ovando initially went the way of restaurateur. L’udo, her French Italian spot in Manhattan’s West Village, had a large garden that she wanted to decorate with flowers. “I hired a florist to come up with weekly arrangements, and seeing them brought me back to what I had always been so passionate about,” she says. “I knew that working with flowers is the path I had to pursue.” De Ovando opened her first store on Bleecker Street in 2001. 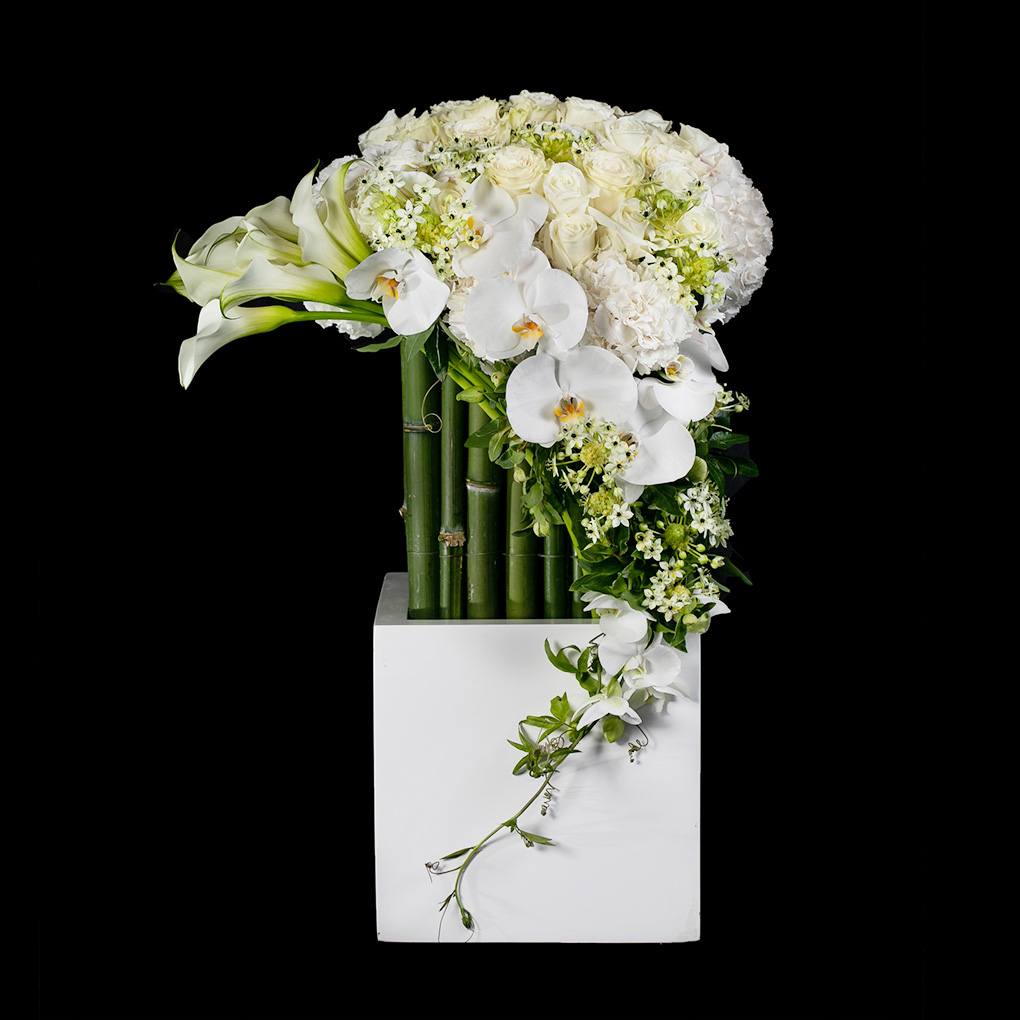 From the onset, her cutting edge sculptural arrangements were presented in custom-made geometric glass vases, a detail that has become her signature. “The transparency allows me to create masterpieces where I use both the inside and outside of the vases,” says de Ovando. Her technique relies on different varieties of orchids that last upwards of a week, giving her customers more time to appreciate them compared with typical arrangements that wilt in a few days. One of de Ovando’s most popular styles, Sleeping Beauty, features vanda orchids in a low rectangular vase framed by looped steel grass. Roses also appear frequently, but she interprets them in a unique way by opening each petal individually, which lends the end result a voluptuous look. “My designs are simple and clean, but I believe that simplicity is the ultimate sophistication,” she says. 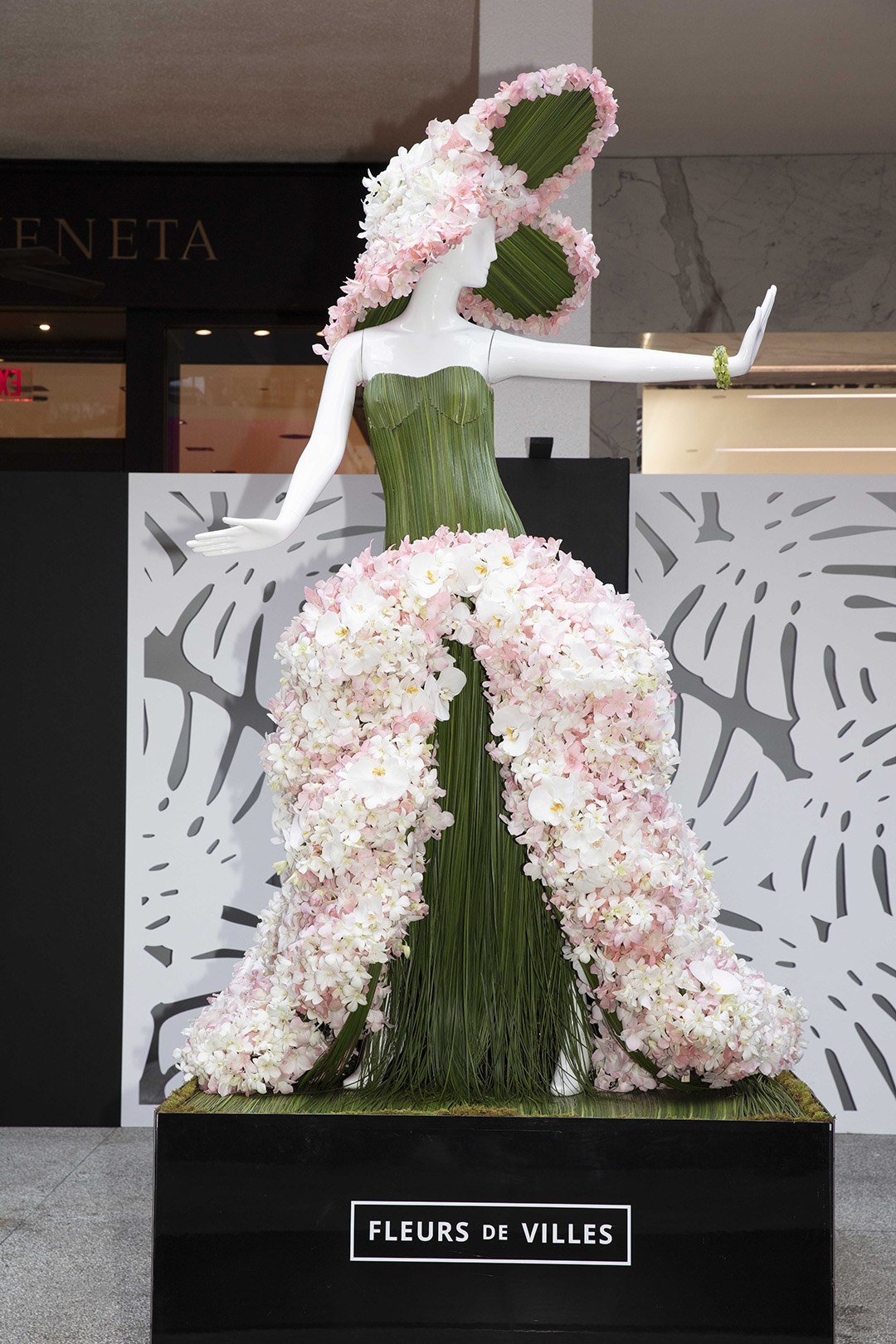 The florist was fortunate enough to get her big break within her first few years in business when Donna Karan hired her to create weekly arrangements for its Madison Avenue store. Business catapulted from there with more fashion brands including Christian Dior and Armani, along with celebrities, socialites and New Yorkers at large enlisting her talent. Today, Ovando has three storefronts—its original location, one on the Upper East Side and another in Southampton—and launched in Miami last December by offering a delivery service to customers as far north as Palm Beach. “I have a distinct style and have been doing this for two decades,” says de Ovando, “but, in many respects, I’m just getting started.” 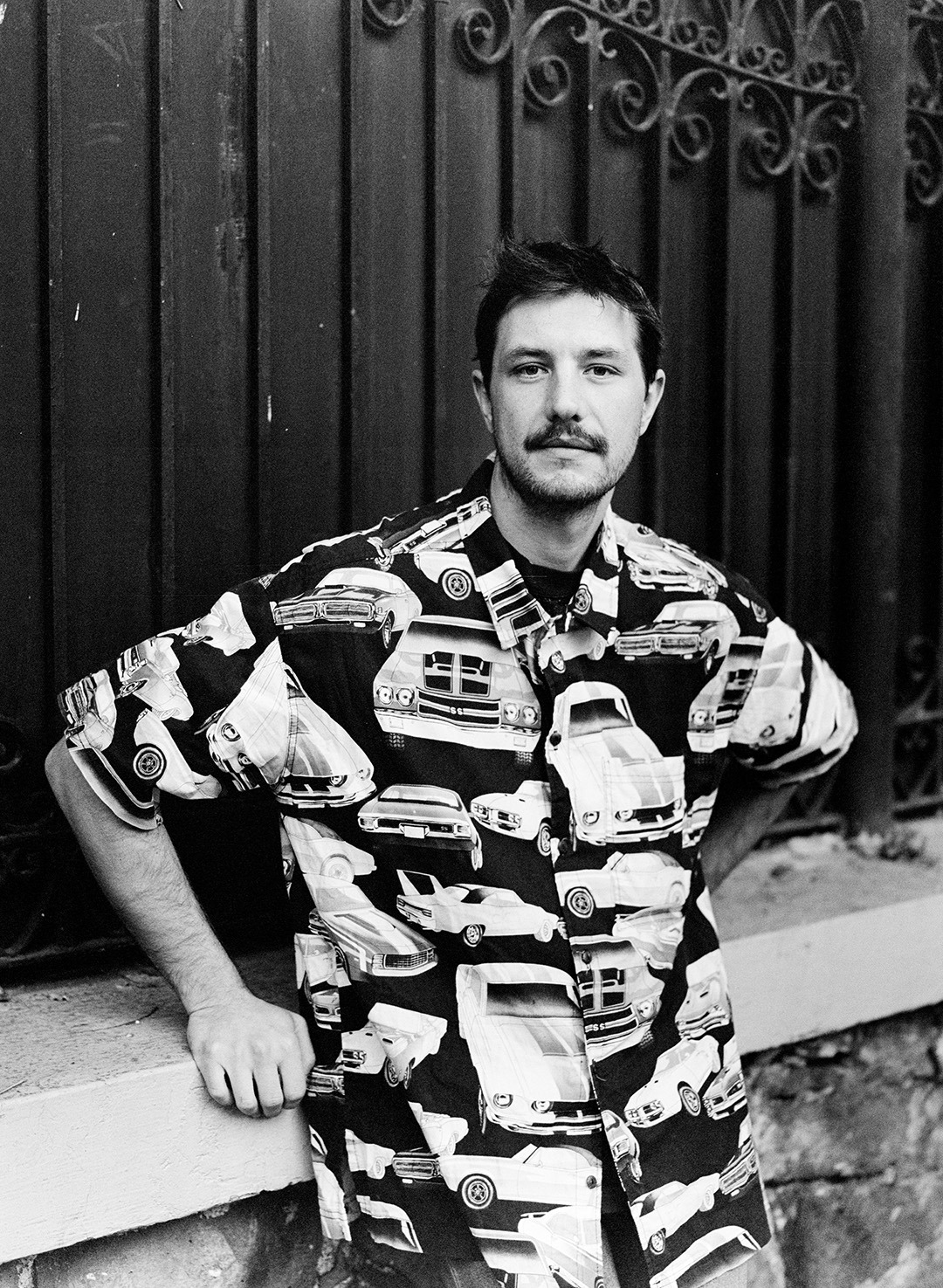 Jenya Tsybulskyi, 35, had no intention of becoming a florist while he was growing up in Odessa, Ukraine. In fact, the founder of the New York City-based Jenya Flowers went to school for oceanology and fully intended on pursuing a career where he could indulge his childhood love of water. Hard pressed to find a job post-graduation, however, Tsybulskyi needed an alternative—a foray into the world of florals turned out to be it. “I think of myself as the accidental florist,” he says. The now high-profile designer got his first taste of the industry during a temporary job at the downtown Odessa furniture-cum-flower shop Itis Café,  which he landed with the help of a friend. “The shop had a French sensibility and was very sophisticated in its presentation, which was out of the box for Odessa at the time,” says Tsybulskyi. “When I was there, I learned about various types of flowers and how to arrange them.” His short-term gig turned into a full-time job. Eventually, he was promoted to head florist and catered to a demanding clientele, creating arrangements for homes, hotels, weddings and other events. “After not really liking the work in the beginning, I became more and more immersed. The more I did, the more I wanted to keep doing,” he says. 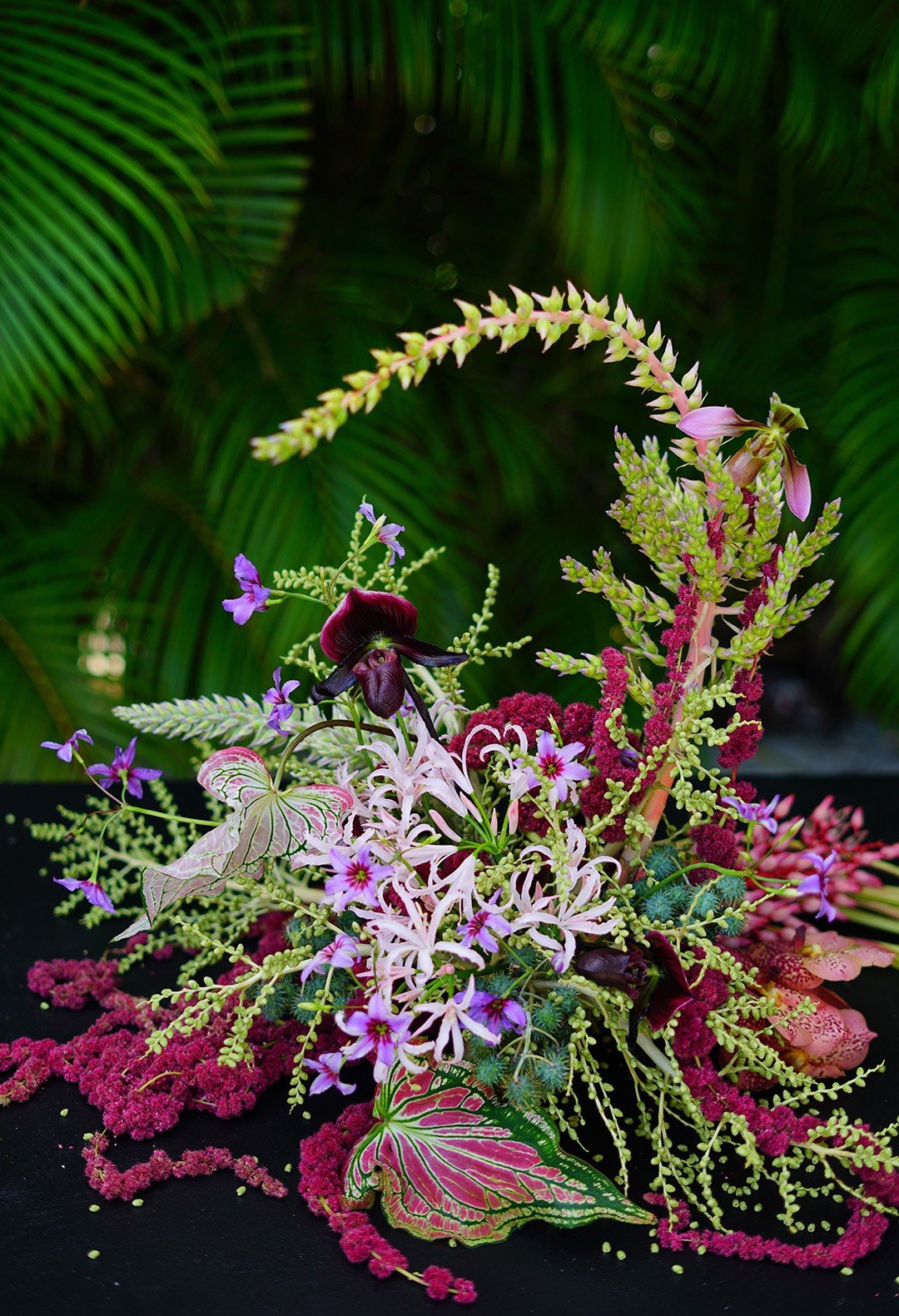 Tsybulskyi’s move to the United States was inspired by the renowned Manhattan florist Ariella Chezar, who traveled to Odessa to train Itis’s staff. The two developed a rapport, and he spent two months in New York collaborating with her to design arrangements for several events. Three years later, in 2015, Tsybulskyi made the city his permanent home. He has since built a reputation with his striking style, which combines materials in unusual ways—orchids presented with grass that he picked on the side of a road, for example, or spider-like purple passion flowers interspersed with bare branches. By his account, one of his most memorable creations from last year was a presentation of dandelions post-bloom—once they had formed into transparent white puffs—displayed with wheat grass. Seed pods and whole fruits also figure into his repertoire. “I like contrasts and the unexpected in my work because I think they give the end results a mysterious quality,” says Tsybulskyi. The florist’s impressive roster of clients includes fashion brands such as Ralph Lauren and Christian Louboutin, and celebrities Nick Jonas and Priyanka Chopra, who tapped Tsybulskyi for their wedding. “I didn’t expect to end up where I am,” he says, “but now, I can’t imagine being anything except a florist.” 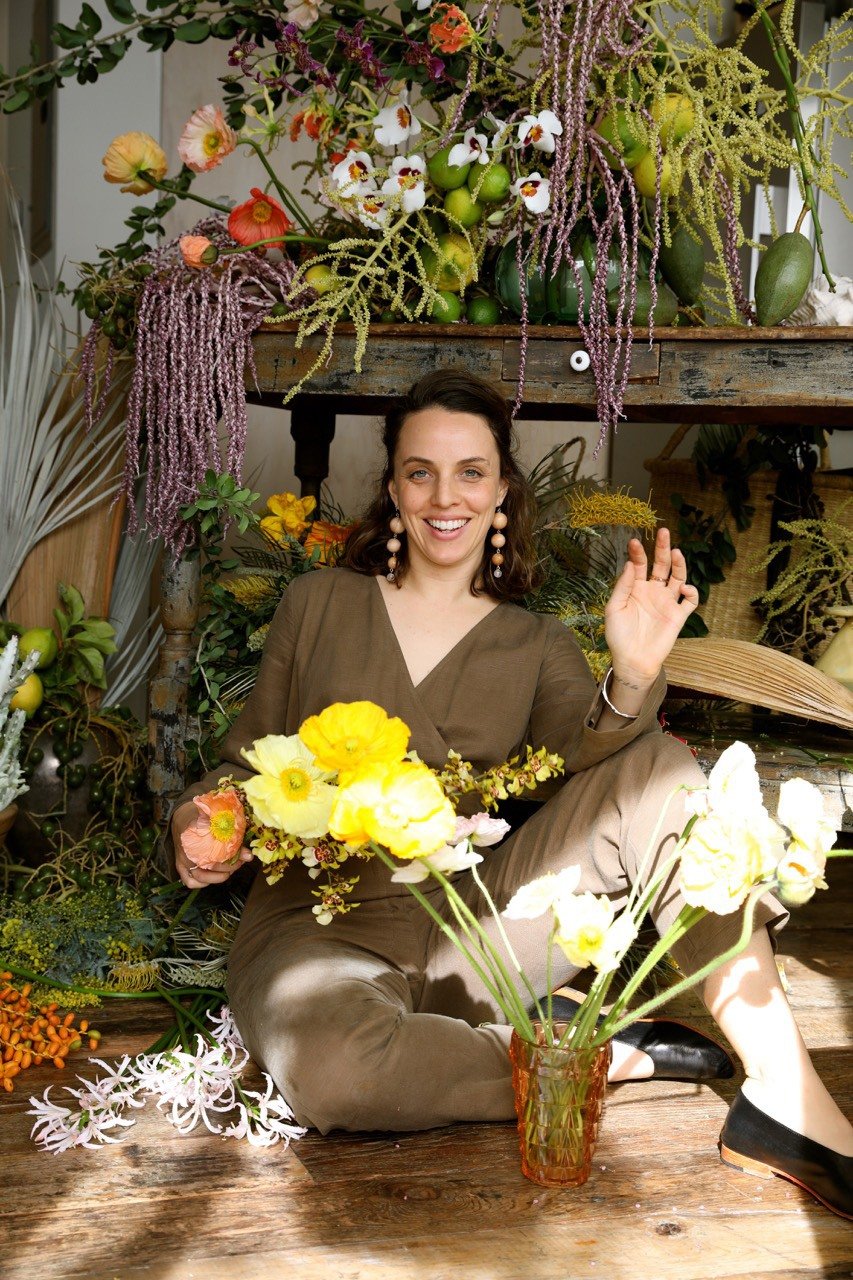 The terms “local” and “seasonal” are mainstays for describing what’s hot in the food world today, but Sophia Moreno-Bunge is making sure that they’re buzz words in the floral industry, too. As the founder of Los Angeles design studio Isa Isa Floral, Moreno-Bunge, 33, has a fervent following for using locally sourced and in-season flowers, fruits, tree branches and grasses—some of which are foraged—in her unusual creations. They’re wild, effervescent and playful, all at the same time. According to Moreno-Bunge, most flower markets in the United States sell blossoms and plants that are imported from Holland, Japan, New Zealand and other far-flung locales. “They’re so common that it’s hard to avoid using them,” she says. “My view as a florist is that I don’t have to go far to source beautiful flowers and materials for my work when there are so many close to home.” Moreno-Bunge admits that living in Southern California gives her an advantage for this philosophy. The region is replete with growers who breed flora and fauna to sell in local markets, in the same vein as farmers offering their produce. Poppies rank among her favorites, but the designer also regularly relies on passion flowers, and Ranunculaceae, which are similar to buttercups but larger and grow in a variety of hues including red and purple. And going beyond flowers, as is usually the case in her arrangements, Moreno-Bunge is also drawn to dates, which grow on stems in large clusters, raintree pods and the tops of oat plants. 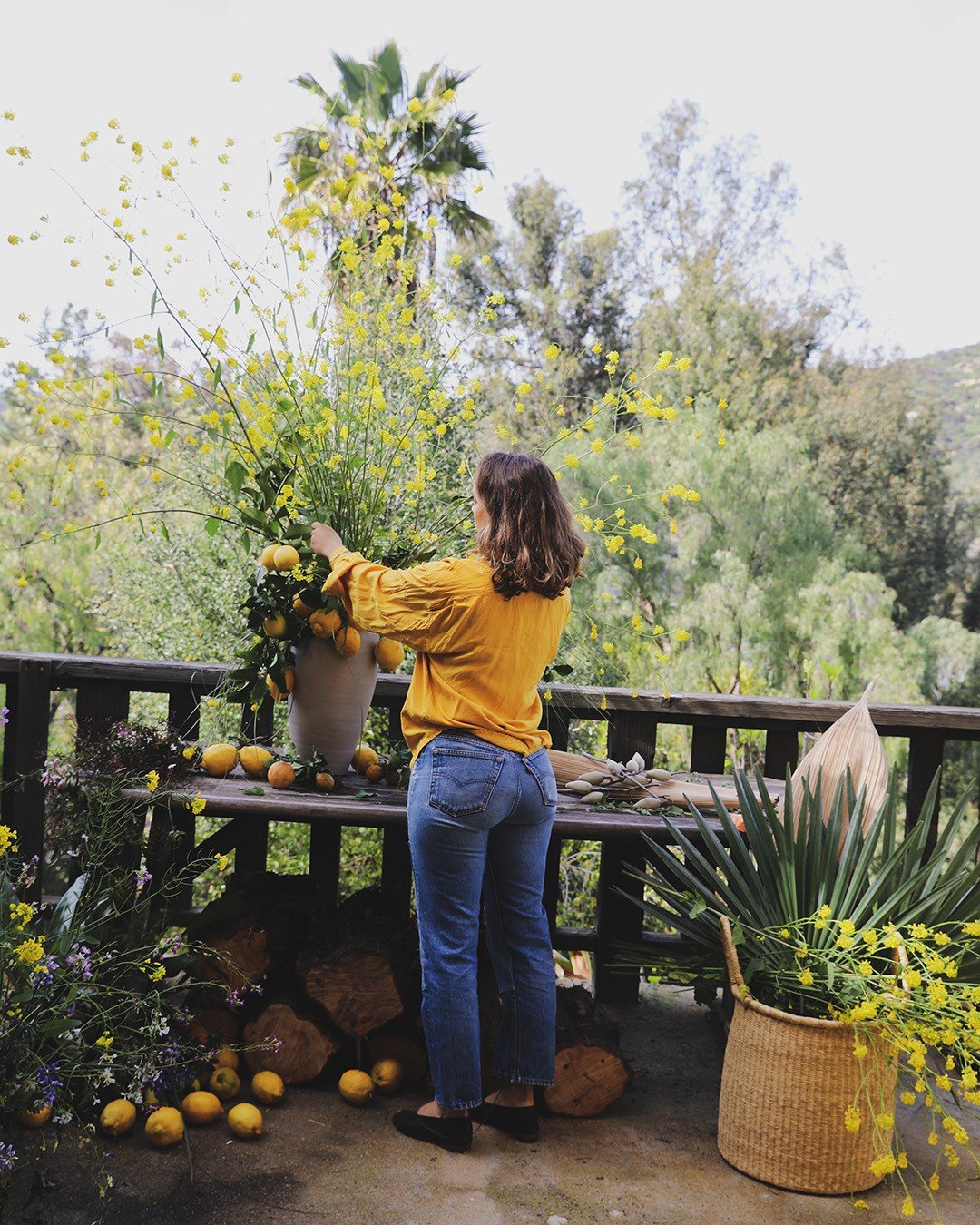 Moreno-Bunge at work on an arrangement of foraged wild mustard branches mixed with local citrus.

While she regularly hits flower markets, Moreno-Bunge shares that, time permitting, she enjoys spending her weekends foraging for materials in the Malibu hills. “There is something very satisfying about going straight to nature and finding what I want to use right where it’s growing,” she says. The florist’s avant-garde aesthetic has helped her amass a diverse range of clients, including hotels such as the stylish Proper in Santa Monica, retailers such as the Goop store in Brentwood and in-demand interior designers like Kelly Wearstler, who often features Moreno-Bunge’s arrangements in photos shoots. Even though she started her business just five years ago, Moreno-Bunge is already considered a heavyweight in the field. The onetime art history and visual arts student at Barnard College in New York worked with sculptor-turned-florist Emily Thompson before launching off on her own. “I grew up in Los Angeles and spent a lot of time outside around plants and flowers,” she says. “Ultimately, using what grows in my own backyard in designs is what I was meant to do.” 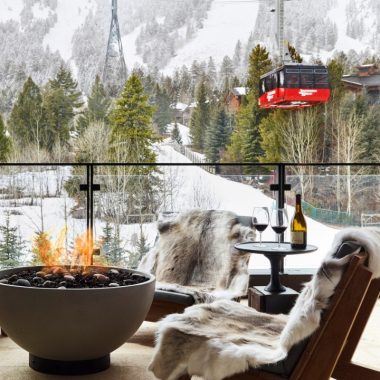 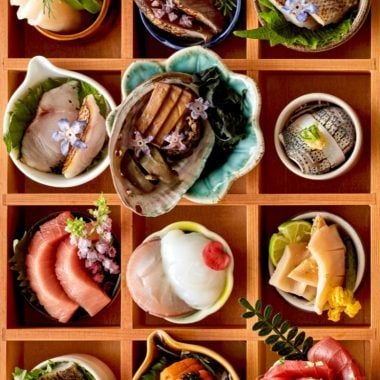 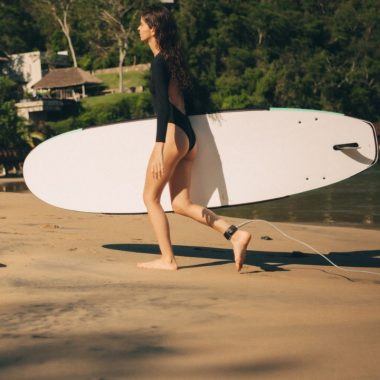