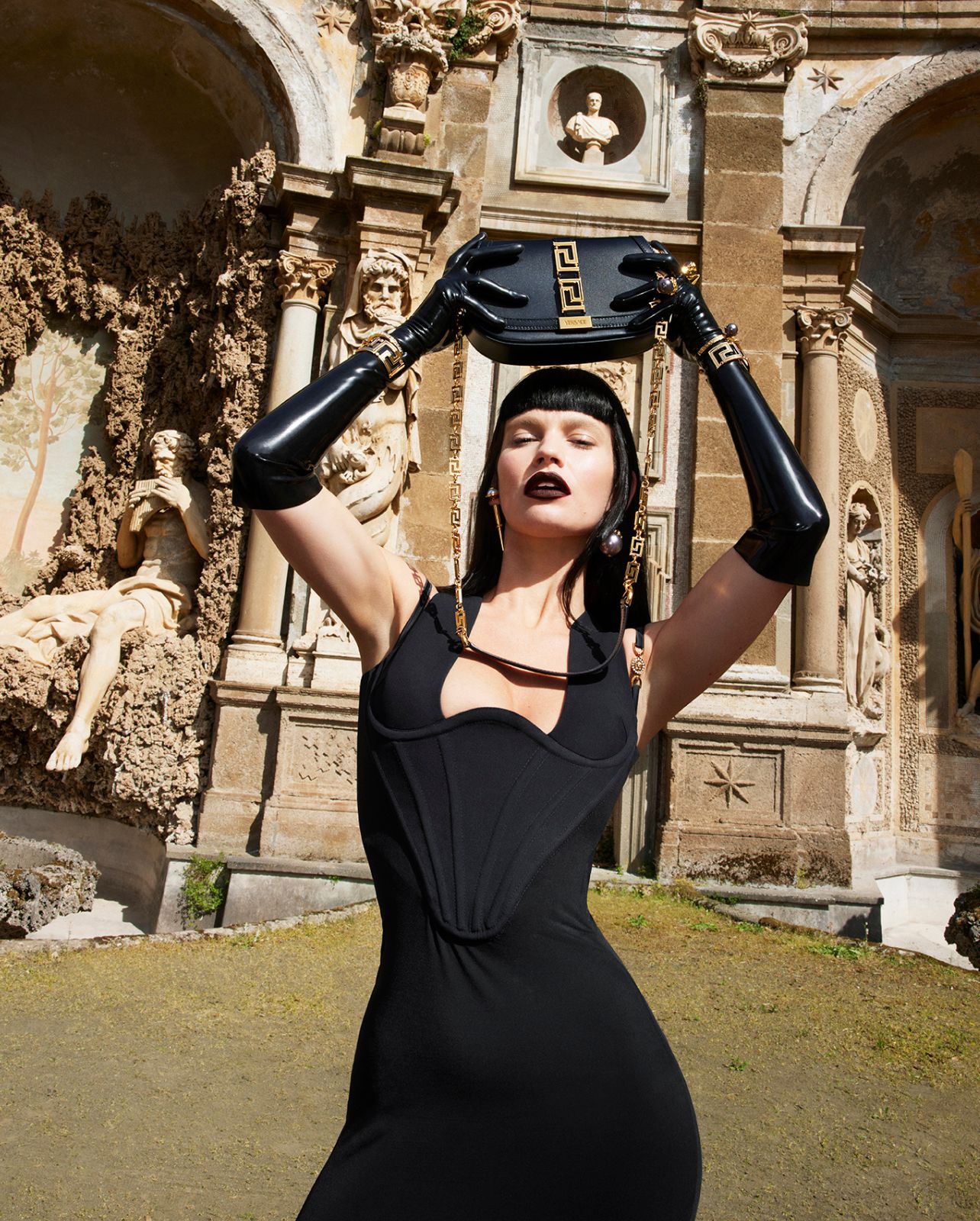 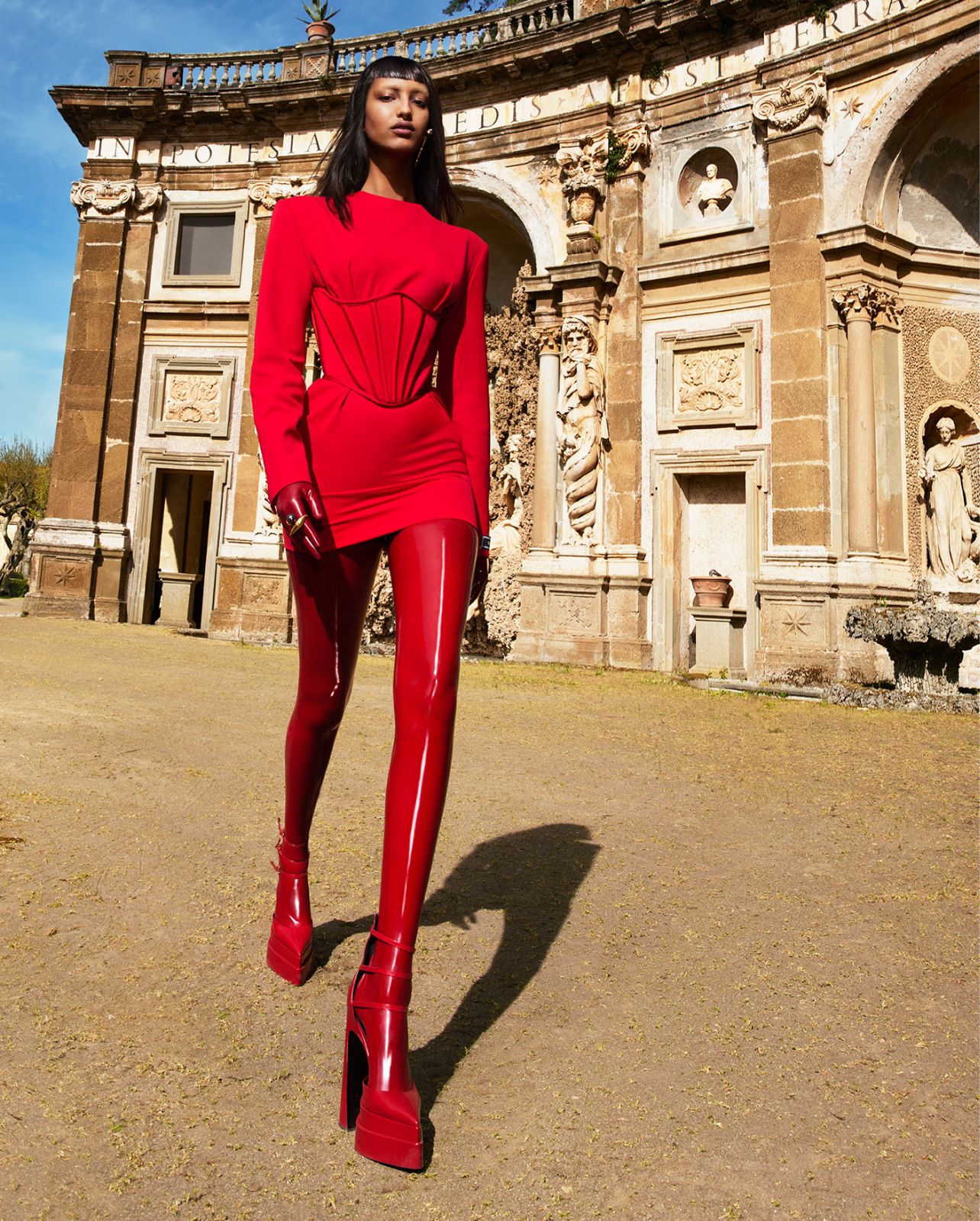 Versace–the famed Italian label known for its bold and sultry designs, celebrity fans and historical link to Miami Beach–has some of the hottest new bags of the season with its Greca Goddess collection, which is available now at Versace Bal Harbour Shops.

Taking center stage for Fall/Winter, the Greca Goddess lineup features bags and accessories that fuse sculptural shapes with feminine curves. These silhouettes are then trimmed, in metal, with Versace’s Greca motif–a spiral-square geometry that is often seen circling the house’s other major mascot, the Medusa. The result is something distinct and hyper-stylish, and equal parts modern yet steeped in legacy.

Donatella Versace describes the pieces in Greca Goddess as “classic with a subversive rebellion.” Case in point: They’re very, very Versace, in all the best ways. 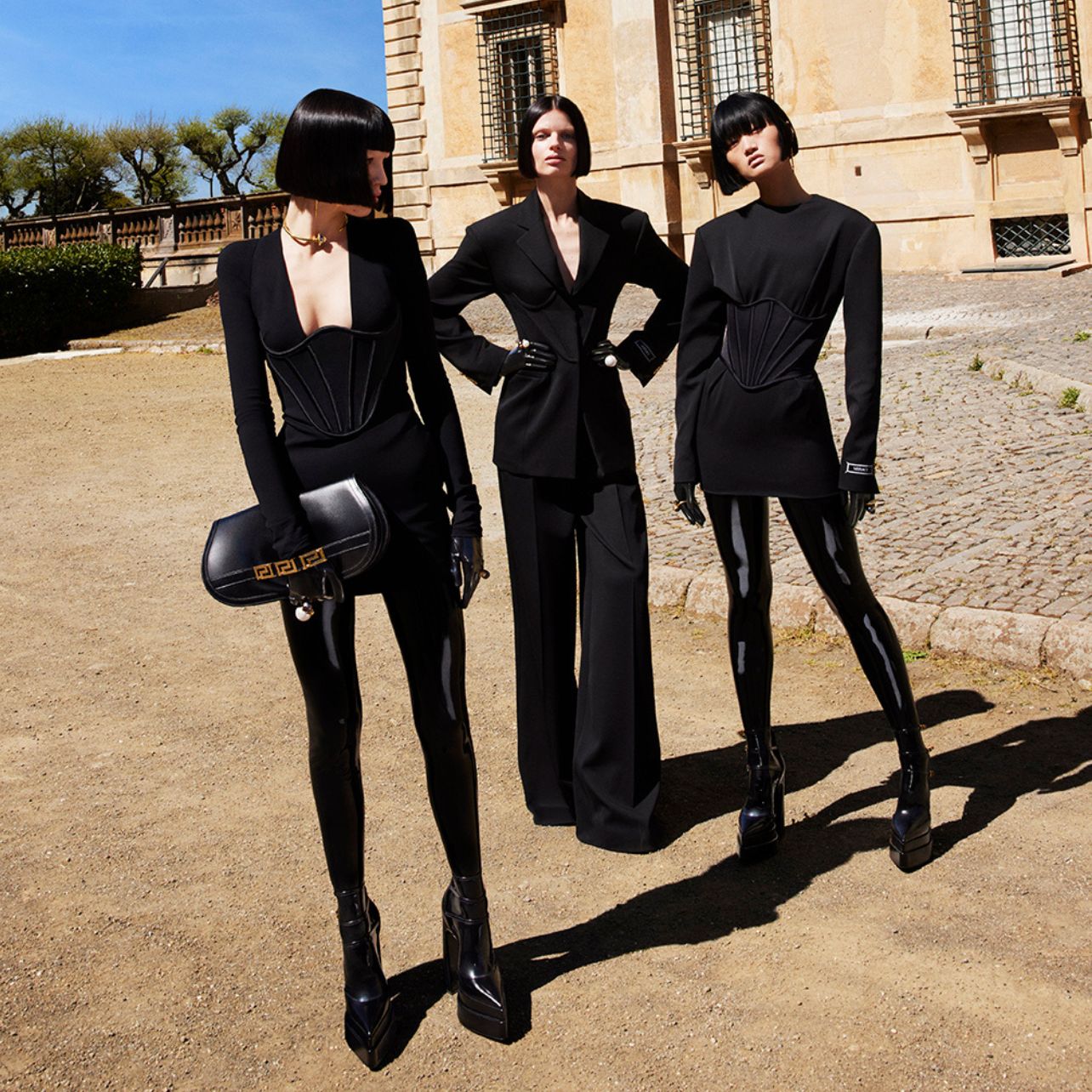 In wearing Versace, you’ll be in good company. There is a long list of A-List fans, from Jennifer Lopez to Paris Hilton (who walked in the label’s most recent Milan Fashion Week show). The most compelling thing about a Greca piece, however, is that it’s also slightly understated and in-the-know; Fashion devotees know and recognize the trim as being a Versace hallmark, and the bag’s color offerings of black, white, teal and charcoal gray make for a versatile sartorial accent. Dress it up, dress it down, and carry it from day to night and back again: A Greca design is as multifaceted as it is mythical.

“When I touch the Greca,” says Versace, “it makes me feel my strength and confidence.” 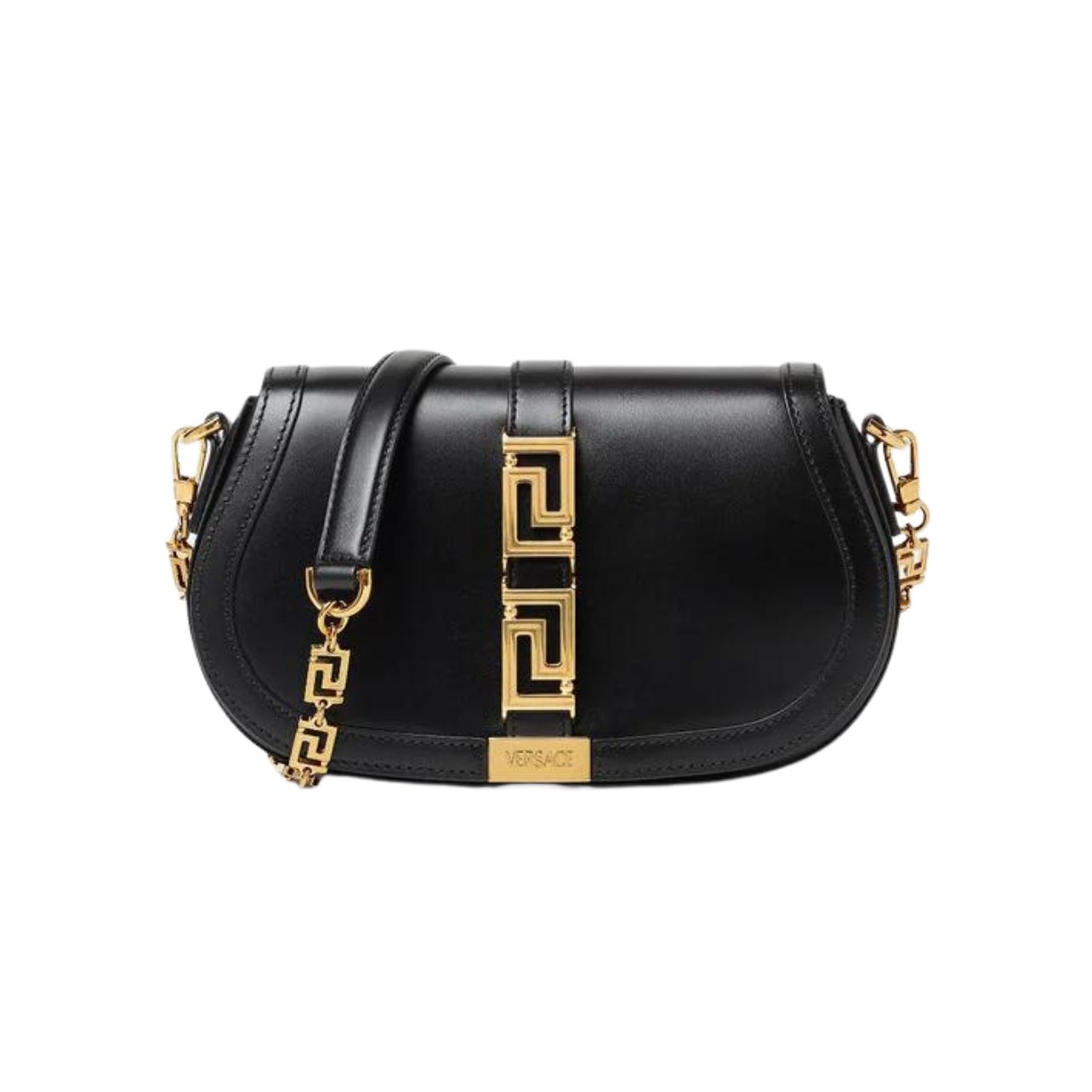 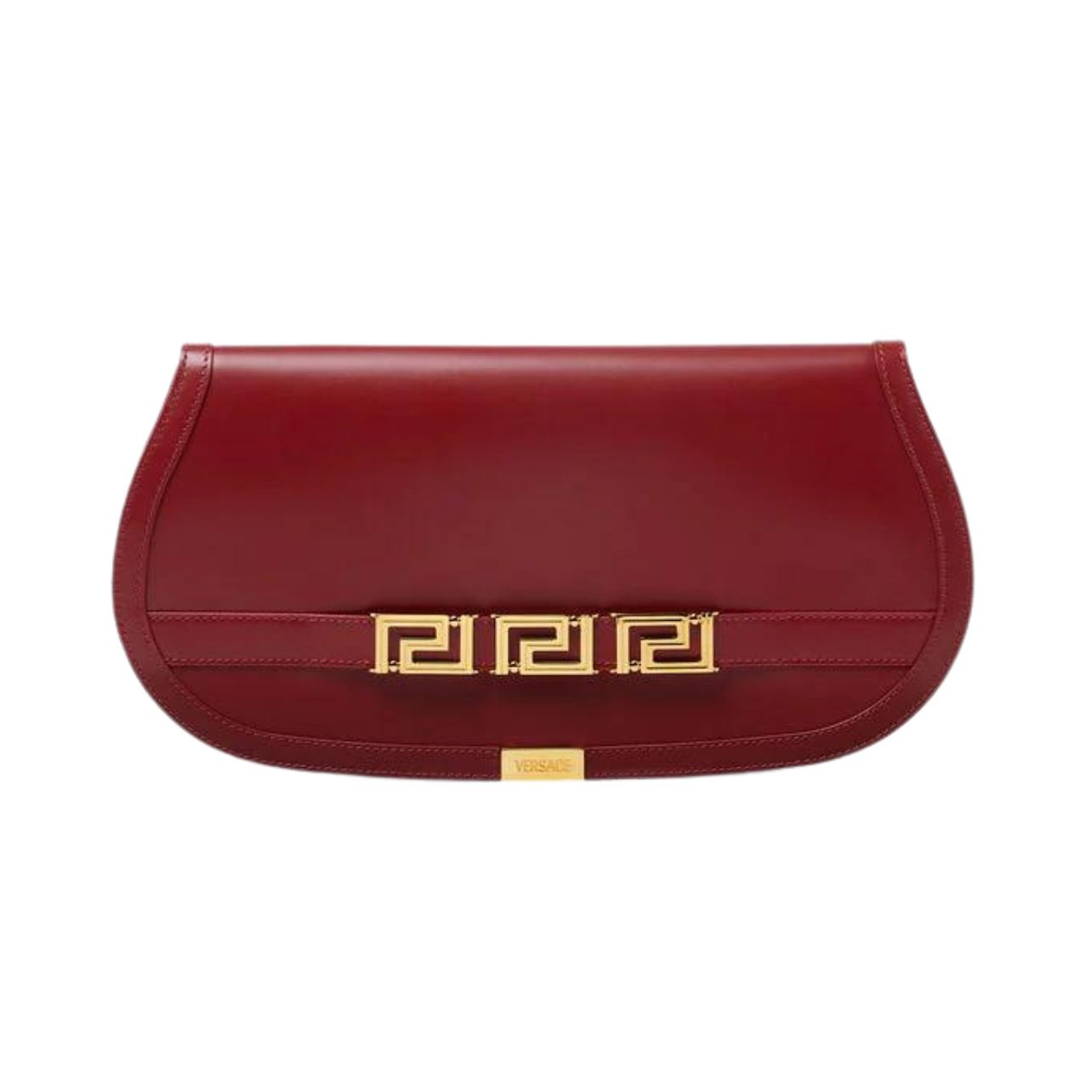 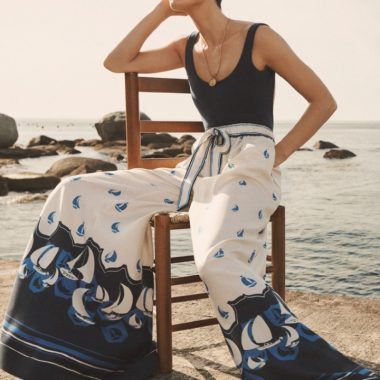 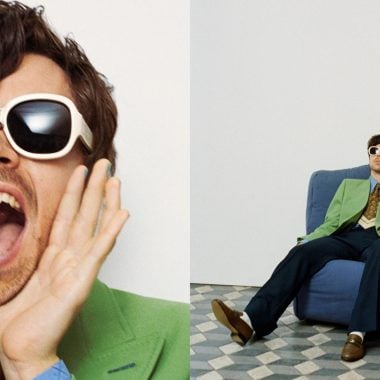